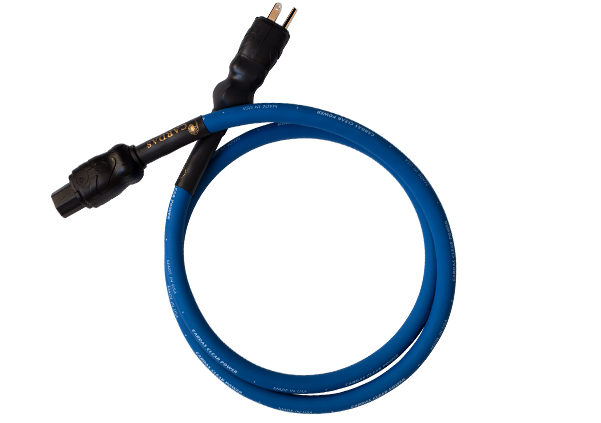 In my latest round of reading about this hobby of ours – in The Stereo Times, of course – two recent passages have stuck with me:

After selling his beloved Naim and Lector CD players, David discovered computer audio didn’t satisfy quite as much as the ancient silver disks.  And Clement feels that optimizing his current equipment with ancillary tweaks is a better – and certainly less expensive – path to audio nirvana.

Because I own several thousand CD’s, SACD’s, and DVD-Audio disks, and because many thousands more that I don’t own are still available to buy, I’ve resisted the download/streaming path.  (OK, also because I’m a cheap bastard.)  But I haven’t heard anything from computer audio that convinces me that it holds a substantial step up from what I’m listening to on my Linn Unidisk.  Unlike David, I’ve stuck with the 0’s and 1’s coming from a disk player.

And like Clement, I’ve owned the main electronics and speakers in my system for perhaps a decade.  But I am constantly tweaking this and that, looking for incremental improvements by trying cables and accessories that may improve on what I’ve got.  In fact, Clement andThe Stereo Times have been the source for finding many of these products.

All of which brings us to the subject of this review.  Tweaker that I am, I was looking at my AC cable situation, and realized that I hadn’t tried a different cable powering the Unidisk in five years or so.  My dealer suggested the Cardas Clear Beyond AC cord.  I was a bit reticent, having used Cardas Golden Cross products years ago, but finding them lacking in detail and expression.

Not to worry.  These new generation Cardas cables are different animals entirely.

There’s not a lot of detailed explanation on the Cardas website about the Clear line, but all use “the same ultra-pure copper, Golden Ratio stranded litz wire found in all Cardas cables” for many years.  The Clear Beyond Power AC is at least 10 gauge and possibly larger.  Early samples used Furutech connectors, but in the current version Cardas uses its own at both male and IEC ends, with blades and clips made of copper, and plated with rhodium over silver.  There’s also a tuned ferrite toroidal at the male end.  These cables and connectors are impressively built to last a lifetime.

Listening sessions were held both at my dealer’s showroom (Mac Mini feeding top-of-the-line Ayre DAC, preamp, and power amp; Rockport floorstanding speakers) and in my home system (Linn Unidisk 1.1, Classe pre- and power amps, MBL 111e floorstanding speakers).  A single Cardas Clear Beyond Power replaced AC cables retailing from $1500 to $2300 on the Ayre amp in my dealer’s setup, and on both the Unidisk and Classe amp in my system.  In addition, a popular and well-reviewed AC cable retailing for $700-800 was used in these positions, but was quickly judged to be not in the same league.

Right off the bat, the most obvious virtue of the Cardas cord was its ability to separate and distinguish the individual elements (instruments and voices) in the musical performance.  This effect was quite startling, when the Cardas replaced several AC cords that couldn’t do it.  On “Sorry Seems To Be The Hardest Word” from Diana Krall’s Wallflower CD (Verve), Diana’s voice emerged clearly from the sonic wallpaper, acquiring dimension and delicacy.  In addition, sibilant sounds in her voice sounded less “lispy,” and never irritating.  I believe these qualities are the result of the Cardas cable’s superior ability to suppress noise in the AC line.

Turning to Boz Scaggs’ “Thanks To You” from his Warner Bros. DVD-Audio Dig, Scaggs’ voice had a bit of an edge with a $2000 power cable equipped with Furutech carbon fiber connectors.  Putting in the Cardas removed the edge, and added more ambience – longer decay at the end of musical notes.

Try just about any cut on the Chandos SACD Wagner: The Ring, An Orchestral Adventure (Neeme Jarvi conducting the Royal Scottish National Orchestra) with the Cardas Clear Beyond, and you’ll find that the sound just gets louder during those monster climaxes, and not in any way confused or overloaded (if your system can handle it).  The Cardas also delivers the vital midbass foundation of the orchestra.  And there’s plenty of detail – but the Clear Beyond AC does not beat you over the head with it.

After these extensive comparative sessions, I’ve revised the list of my three favorite power cables:

Finally, I should note that I bought the first Cardas Clear Beyond after hearing it at my dealer’s.  A week later, I bought a second to use with my power amp.  Don’t make the mistake of regarding Cardas as too much of a “mainstream” cable manufacturer.  The Cardas Clear Beyond Power cable is a home run!