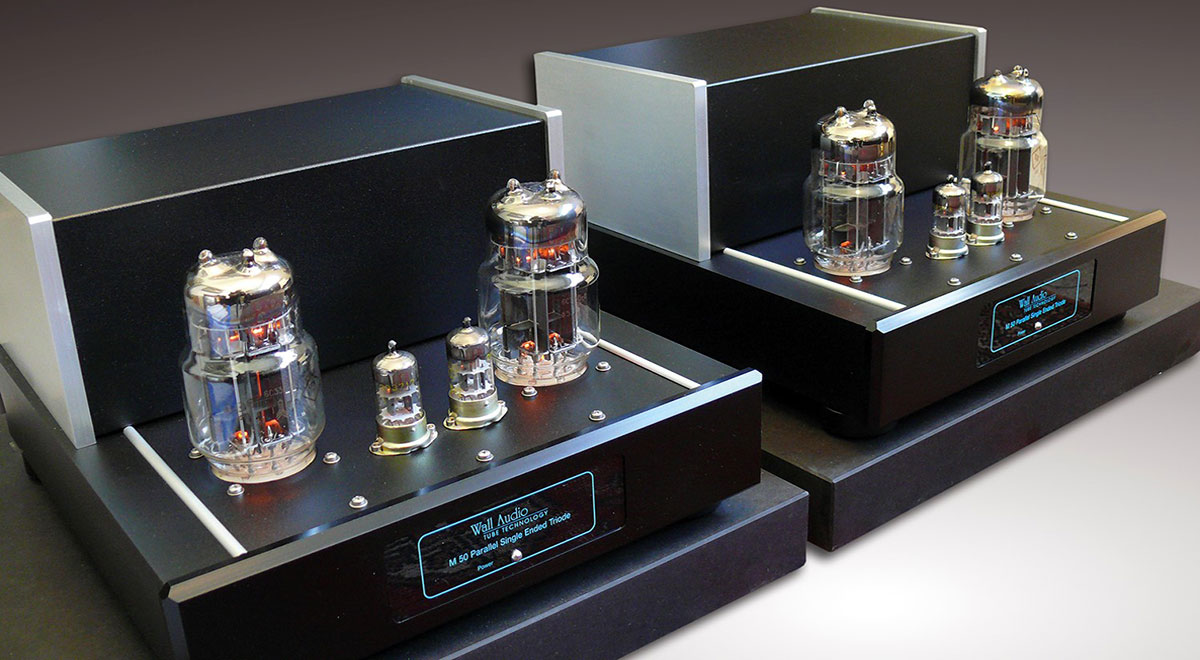 Lately, I’ve been paying close attention to amplifiers. Everything from powerful solid state devices, sweet sounding hybrid types, to the ultra delicate single-ended tube designs. Personally, I love them all. What matters most is how they perform and not necessarily what they look like or are made of. It is in that regard that I always keep my eyes and ears open for that special amplifier whether I’m at the trade show or with my audiophile colleagues. Recently, I was looking for a SET amplifier that boasted enough power to drive my long-time reference in the Consensus Audio Conspiracy loudspeakers. The only caveat was that this amplifier shouldn't cost an arm and a leg. SET designs usually own a high level of purity and tonal accuracy which allows music to flow in a natural and effortless way. I should know as I recently reviewed the Audio Note Kondo, Kagura mono amplifier. It was everything I wanted in a SET amplifier - at a magnificent cost. The Kagura boasted unbelievable amounts of purity coupled to extraordinary tonality and timbre. Unfortunately, I couldn't afford the Kagura in this lifetime or the next.

So, I called Alfred Kainz of Highend-Electronics sometime in beginning of last year and told him how much I love the sound of the Kagura and asked if he knew of any SET amplifier that I should listen to that might get me somewhere in its sonic stratosphere and surprisingly, without flinching, Kainz recommended the somewhat affordable ($11,750), German-made Wall Audio M50 SE monoblock amplifiers (herein M50).

Through a series of Internet searches I discovered that Wall Audio Tube Technology was founded by Andreas Wall about 30 years ago in Freiburg, Germany. Born in Poland, Wall is from a family with a strong musical background. Wall's father was a violinist who played in the orchestras of silent films. His grandfather was a violin builder in Graz, Austria. In short, Wall grew up in a world of music.

Andreas Wall originally came to Germany in 1981, to study electronic engineering at Breslau University where he obtained his master’s degree. While attending the University, he began his own business designing and repairing guitar amps while he was also involved with recording studios. He built his first guitar amp 40 years ago. His love of music from early childhood and his work as a sound technician and an electronic engineer helped propel him to pursue his passion in audio where eventually Wall Audio Tube Technology was born.

From the beginning, Wall's first high-end amplifier design was a tube. Today, Wall's specialty is an all-tube-no-feedback design with a pure Class-A approach. Hence his parallel single-ended triode M50 monoblock amplifier. All are meticulously hand made using only the best components: for example, Mundorf capacitors, Vishay resistors, and pure silver ribbon insulated internal wiring. The Wall Audio M50 is a parallel single-ended triode (PSET) tube mono-block amplifier, which utilizes two 6C33 Russian power tubes producing a powerful 35 watts per side into 4-8 ohms and two ECC82 NOS tubes. This makes it a swell match for even low efficiency loudspeakers. Wall is very particular about every detail. Consider that the M50's chassis and all screws are anti-magnetic while its transformers are magnetically shielded. The transformer was developed by Wall and is crafted in Dresden, Germany by specialized craftsmen. Brilliantly the M50 has a special feature that utilizes automatic biasing that doesn’t affect the sound quality. The M50 is free-wired (point-to- point) to prevent any loss in the sound quality. I asked Wall what makes his amp different from other designs, and he said that “My product has many secrets. The sum of all the innovations that leads to a sonic experience best described as: an immediate response without any delay. There is no distortion-creating an emotional sensation, just as in the original-typical Wall Audio.”

The M50's amps were delivered in two separate shipping crates with the tubes separately packed. Fortunately, the M50’s were easy to unpack and set up. The tubes were nicely marked corresponding to the amplifiers for a quick set up. The M50 design is elegantly attractive with an overall utilitarian look. Build-quality is top-notch as one would expect from any German brand. After setting up the M50’s in less than 30 minutes, I sat back, remote in hand and hit the play button on the Pi Greco Sinfonia CD player. From the very first track, I was impressed. Most of my listening was done using my Thrax Audio Dionysos preamplifier balanced input using Enklein David interconnects, and throughout the system using all Enklein David series cables. The M50 paired with the Dionysos beautifully while creating a synergy with my Conspiracy loudspeakers that was remarkably effortless sounding.

Kainz informed me that the M50's required a good long burn-in for optimum sound. I normally would burn-in for at least a month or so before doing any serious listening but with M50 I started listening right away. I could tell immediately the M50 mono amplifiers are superb sounding at any nearly any price. The M50 produced the rich harmonic palette expected from the top-notch tube designs. This transducer rendered timbre naturally, with a liquidity and midrange purity that I came to really appreciate the more I listened. The instrumental textures were free of grit, grain, and glare while overall timbre was involving and intimate and, as a result, voices appeared truly dimensional and lifelike. Most surprising was the M50's never lost their composure even at high volume.

Spatial effects through the M50's also proved to be an outstanding characteristic. In most instances, the M50 delivered what can only be described as a rock-solide image - unless it wasn't on the recording. Imaging prowess was among the first things I noticed. In this regard the M50 embodied the SE ideal; solo instruments and voices were engaging, and floated between the loudspeakers with image outlines sculpted with a palpable presence and was affixed firmly within a expansive soundstage.

More importantly, sounds were musically convincing. I put on Mozart’s Concerto for Piano and Orchestra N0.23 in A major, K.488 (Sony 82876872302) box set, Murray Perahia performing and conducting the English Chamber Orchestra and it sounded fabulous. The second movement, Adagio was also captivating; the piano and the orchestra were naturally rendered in an organic way that and I kept wondering to myself “ how does Wall do it for under $12k a pair”. The piano had solidity, weight and delicate sound when needed and orchestra was rendered equally well. The voices and instruments sounded very tangible with a high level of purity. Surprisingly, the bottom end was quite impressive; it was full, tight, and extended not like your average SETs. The quality of the bass I was getting showed me that the M50 is capable through out low frequencies. Bass lines progressed with plenty of boogie factor and possessed a tuneful character that blended nicely with the fundamentals of the midrange. The M50 drove my Conspiracy loudspeakers to a respectable volume, and handled crescendos with great ease.  They sounded far more powerful than its 35 watts per side power rating would suggest. I was constantly surprised by the M50’s dynamic prowess. In fact, I never felt as though I encountered the amplifier’s output or dynamic limitations; it rendered music effortlessly with great ease at any volume level, and handled dynamic swings with aplomb. This is an amplifier with seemingly unfettered dynamic contrast along with a robust and full bottomed-end.

The Wall Audio’s midrange is glorious in timbre, tone color, liquidity, and freedom from grain. Its ability to bring to life, music’s underlining emotions was as impressive as I have heard in its price range and above. The M50 renders instruments and voices with a natural and organic quality. It didn’t matter whether I was listening to chamber music or female vocalists. Listening to Cassandra Wilson’s vinyl recording of the New Moon Daughter (PPANBST32861) was exceptional. The M50 reproduced Wilson’s husky and hypnotic voice exquisitely; there was a fabulous amount of details. The pitch precision and subtle volume changes that convey feelings and moods were presented with a great sense of musical realism and emotional involvement.

The Wall Audio M50 mono amplifier is truly a remarkable amplifier that doesn’t break one’s bank account.  Yes, at under $12k! I don’t know how Wall does it. The overall character of the M50 is pure, intimate, and emotional and it’s capable of uncanny dimensionality and has a glorious midrange that is totally satisfies The M50 touched my soul with an emotion that I could easily live with. I kicked back and enjoyed the music. What else is there! Hats off to Andrea Wall for creating this remarkable component at its relatively reasonable price. The M50 gets my latest Stereotimes 2015 “Most Wanted Components” award.